The Genomics of Obesity and Diabetes and Precision Medicine 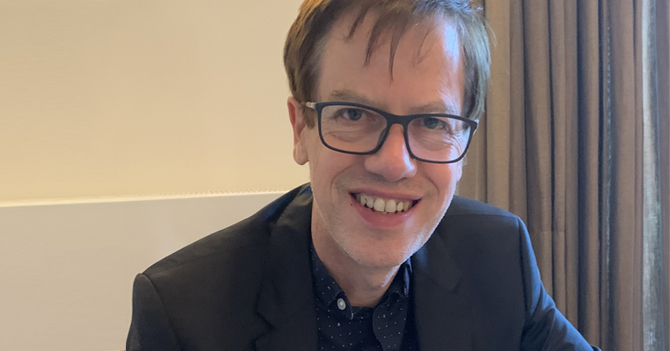 On Friday, April 29th, our guest speaker will be Dr. Philippe Froguel from Imperial College London and the Lille Regional University Hospital. Dr. Froguel is a prominent researcher specializing in the genetics of diabetes and obesity. Dr. Froguel is the guest of Dr. Vincent Poitout. He will be with us in person at the CRCHUM and we will be able to attend his conference live at the CRCHUM Auditorium.

Despite many treatments, approximately 50% of diabetic patients have poor glycemic control and 1/3 have early complications. Treatment for obesity remains largely ineffective, including bariatric surgery. To progress to a more personalized type of medicine for metabolic diseases, it is crucial to elucidate, when possible, the individual causes of the disease and to predict future risks. Genetic testing already makes it possible to identify mutations in actionable genes, whose discovery should lead to a radical change in patient care. The same holds true for monogenic obesity, where new treatments are/will soon be available. As for the common polygenic forms of diabetes and obesity, the future is in prevention, risk assessment and clustering patients into homogeneous groups, prior to providing precision medicine treatments.

> To attend the conference, which will be IN PERSON ONLY please go the CRCHUM Auditorium, Building R, R05.212 A and B

Dr. Philippe Froguel works at Imperial College London as Prof and chair of Genomic Medicine, and at Lille University Hospital as Prof of Endocrinology, where he is director of the Inserm/CNRSPasteur research group "Functional(epi)genomics and mechanisms of type 2 diabetes and related disorders”, Director of the European Genomic Institute for Diabetes research (EGID) and of the French National Center for Precision Medicine in diabetes PreciDIAB. Dr. Froguel scientific career is focused on the genetics of diabetes and obesity. He has identified in 1992 the first diabetes gene (glucokinase), in 1998 the most prevalent cause of monogenic obesity (MC4R), and the first recessive mutation causing obesity in the leptin receptor gene. He discovered in 2006 the role of the sulfonylurea receptor gene ABCC8 in monogenic diabetes and in 2010-2011 the first evidence that Copy Number Variation causes extreme obesity or leanness depending of the quantity of DNA. He discovered in 2007 the

first gene for common obesity (FTO) and has published in 2007 the first Genome Wide Association Study (GWAS) in T2D that identified the zinc transporter gene SLC30A8 as a diabetes gene. In the following years, he found first gene frequent variants controlling glycemia (in GCPC2) and discovered the role of the Melatonin pathway (through frequent and rare variants in MTNR1B) in T2D risk.

His main interest is personalized medicine in metabolic diseases. He believes that it will be possible in the near future to identify diabetic patients that will benefit from customized treatments that will not only better control diabetes but also prevent complications. In a recent proof of concept paper, he evidenced that >3% of patients with common T2D carry genes in actionable diabetes genes, which means that it is possible to radically improve their clinical care. The extension of this concept to diabetes renal and heart complications may revolutionize diabetes care as rare deleterious mutations are present in every human but their clinical expression may be due to chronic hyperglycemia.

We look forward to seeing you in large numbers!