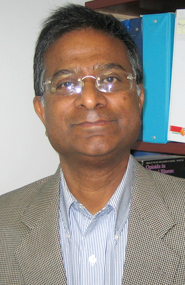 Our laboratory is interested in elucidating the mechanisms of action of organovanadium compounds (OVC), which have been found to exert potent antidiabetic and insulinomimetic effects. We have demonstrated that insulin growth factor-1 receptor (IGF-1R) transactivation is critical for triggering the insulin-like actions of these compounds. Currently, our laboratory is working towards understanding the precise mechanisms by which OVC induce IGF-1R phosphorylation, and identifying and characterizing other phosphotyrosyl proteins evoked by these compounds.

Cardiovascular disease (CVD) ranks among the major complications of diabetes, and increased generation of reactive oxygen species (ROS), due to hyperglycemia and/or endothelin-1 (ET-1) upregulation, has been suggested to contribute to the pathogenesis of cardiovascular complications in diabetes. However, the precise mechanisms by which ROS and ET-1 contribute to the development of  CVD are not fully understood. ROS and ET-1 have been shown to activate several signalling protein kinases, such as extracellular signal-regulated kinases 1 and 2 and protein kinase B, in different cell types, notably in vascular smooth muscle cells (VSMC). Since these pathways regulate cellular mitogenesis, migration, proliferation, survival and death responses, their aberrant activation has been suggested to play a role in the pathogenic mechanisms of leading vascular pathologies associated with diabetes. We have reported recently that transactivation of IGF-1R and src family protein tyrosine kinases (PTKs) is required to trigger H2O2-induced signalling events in VSMC. In an effort to elucidate the molecular basis of cardiovascular disease, we are currently focussing our efforts to determine if the transactivation of IGF1-R or other growth factor receptors or src family PTKs is also critical for triggering ET-1 and hyperglycemia-activated signal transduction pathways in VSMC. 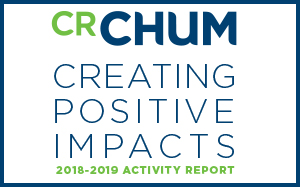