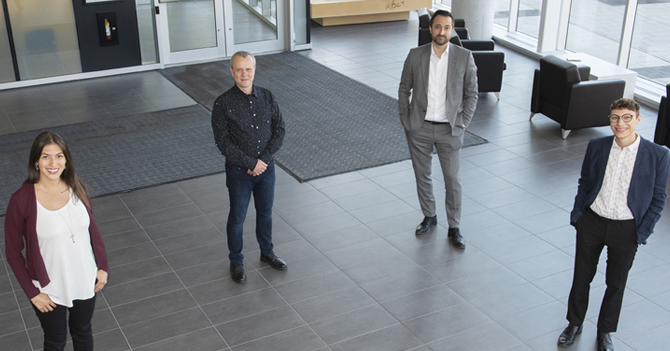 Stephanie Coronado-Montoya, a Ph.D. student in Dr. Didier Jutras-Aswad’s lab, earns one of the most prestigious and competitive graduate awards in Canada, the Vanier Canada Graduate Scholarship (Vanier CGS). She has achieved the distinction of being awarded a Vanier Scholarship for 2020 thanks to her Ph.D. project. 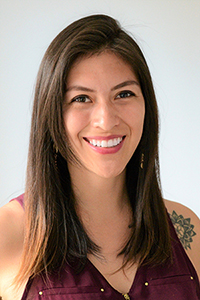 Her research project centers around developing and evaluating a brief harm reduction intervention for young adults with psychosis who use cannabis. The intervention will be delivered towards this very vulnerable population through a fun and engaging mobile app called CHAMPS, that Stephane and her colleagues are currently developing.

“I applied to Vanier as an ambitious wish, but did not believe I could actually get such a highly competitive and prestigious award,” recalled Stephanie Coronado-Montoya. “Winning this award was immense—it is an amazing feeling to know that people believe in you and your potential, and that by naming you a Vanier scholar, they want to open more doors for you and give you the resources to successfully carry out your career and life plans. I have every intention of proving that they were right to believe in me.”

The scholarship is valued at $150,000 over three years during doctoral studies and is funded by the Canadian government. The scholarship is given on the basis of academic excellence, research potential and leadership.

Dr. Jutras-Aswad’s Lab in the Spotlight

Another good news in Dr. Jutras-Aswad’s team: Stephanie Coronado-Montoya and Ovidiu Tatar obtained the Frederick-Banting and Charles-Best Canada Graduate Scholarships at the Doctoral level, while Gabriel Bastien won it at the Master level. Congratulations!