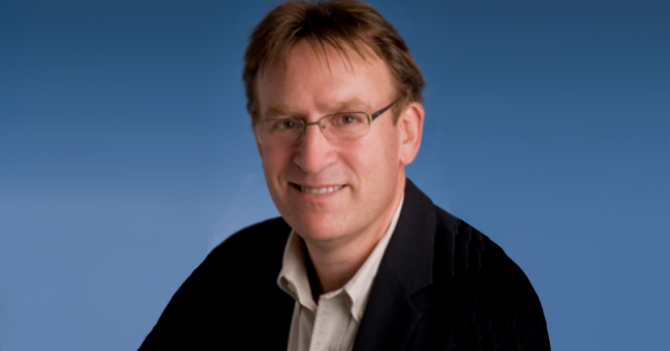 At the May 14, CRCHUM conference, we will hear from Gary Lewis, Director at the Banting and Best Diabetes Centre, University of Toronto.

Chylomicron (CM) secretion is regulated by luminal and systemic nutrient, neural, hormonal and metabolic signals. The feeding-fasting cycle is characterized by rapid secretion of the majority of ingested triglycerides (TGs) in CMs and prolonged retention of some TGs after a meal. TGs retained in the small intestine in various intra- and extracellular compartments (in cytoplasmic lipid droplets [CLDs] or CMs, respectively) are released in response to the gut peptide glucagon-like peptide-2 (GLP-2) and oral glucose. This seminar will highlight work performed in humans and animal models that explores the molecular mechanisms of intestinal TG release and CM secretion.

Best Diabetes Centre, U of T, in 2011. Dr. Lewis is a Principal Investigator of Diabetes Action Canada, one of the chronic disease networks funded through the Strategy for Patient-Oriented Research (SPOR) Initiative, and undertakes translational research with active patient engagement. He is a Full Professor in the Departments of Medicine and Physiology, University of Toronto and he holds the Sun Life Financial Chair in Diabetes and the Drucker Family Chair in Diabetes Research.

Dr. Lewis has been awarded and honored by several organizations. To mention a few, he is the recipient of the 2016 Canadian Society of Atherosclerosis, Thrombosis and Vascular Biology Scientific Excellence Award, the 2013 Canadian Society for Clinical Investigation (CSCI) Distinguished Scientist Award and Lecture, a Canada Research Chair in Diabetes, the Canadian Diabetes Association Young Scientist Award, and has been elected to the American Society for Clinical Investigation and the Canadian Academy for Health Sciences. He has been invited to present his research findings at numerous universities around the world and at prestigious international meetings.