COVID-19: the number of antibodies neutralizing the virus decreases after six weeks 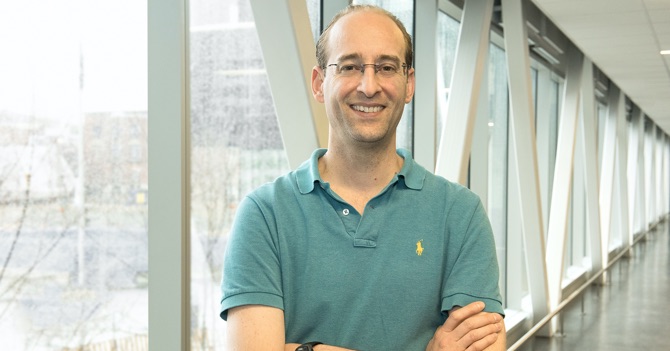 Neutralizing antibodies are thought to be key to the development of an efficient vaccine against SARS-CoV-2. Researchers at the University of Montreal Hospital Research Centre (CRCHUM) indicate that ensuring their presence over long periods of time might be required.

“Our study shows that more than six infected people in ten generated neutralizing antibodies in only two weeks after disease symptom onset. Nevertheless, this neutralization capacity decreases after a period of six weeks. In this case, a few booster shots of the vaccine will probably be required for long-term protection of the population,” said researcher Andrés Finzi, the Canada Research Chair in Retroviral Entry and a professor at the Université de Montréal.

In a non-peer-reviewed study posted online on the preprint server bioRxiv, Finzi’s team evaluated the neutralizing capacity of plasma—the liquid component of blood containing antibodies—one, two, three and six weeks after disease symptom onset. To do so, the team used virus-like particles that express SARS-CoV-2 S glycoprotein (or Spike glycoprotein) on their surface. This “key” allows the virus to unlock the door of healthy cells, go inside and infect them.

To conduct their experiments, the scientific team used the plasma samples of 108 healthy, infected or convalescent patients, provided by their colleagues at Héma-Québec and Quebec’s public health laboratory.

To recognize is not to neutralize

The study’s findings also confirm the results of other recent studies: three weeks after onset, more than 90% of infected people have antibodies that recognize one of the hallmarks of SARS-CoV-2, the S glycoprotein. After a six-week period, this figure rises to 100%.

However, for an antibody, recognizing a virus doesn’t mean being able to neutralize it. The range of action is broad: some defeat it effectively, others make tentative efforts to block it, while others fail outright.

More studies would be needed to determine, for example, how long a person exposed to the virus a second time would be protected or whether protection requires the generation of neutralizing antibodies. These are the questions that Dr. Finzi’s team will be tackling next, now that the ELISA serology tests, flow cytometry and viral neutralization tests have been established in his laboratory.