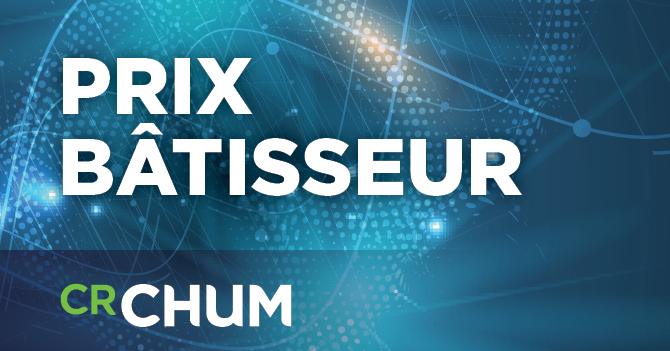 The management team of the University of Montreal Hospital Research Centre (CRCHUM) is proud to bestow the Bâtisseur Award on Dr. Pierre Duquette. This prestigious award will be presented during the CRCHUM Conference on February 12th. In addition to being honoured by his colleagues, he will speak about his research and scientific career.

Dr. Duquette will receive the Bâtisseur Award for his outstanding contribution to the development of academic medicine at the CHUM. A visionary and pioneer in the implementation of translational neuroimmunology research programs at the CRCHUM, Dr. Duquette has greatly contributed to the research culture of his clinical department, and by extension, that of our entire institution.

The Bâtisseur Award honours a CRCHUM researcher for their contribution to the growth of the Research Centre. Following Dr. Jacques Turgeon in 2015, Dr. Pavel Hamet in 2017, Anne-Marie Mes-Masson, Dr. Diane Provencher and Dr. Morag Park, who received it jointly in 2019, Dr. Pierre Duquette is the recipient of the award for 2021.

> View the conférence (in French) 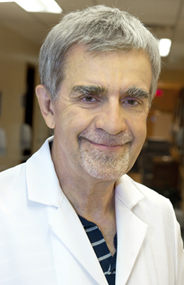 Pierre Duquette, M.D. (Université de Montréal), FRCP(C), has training in neuroimmunology (UCLA). He is a full professor in the Université de Montréal’s Faculty of Medicine and the director of the CHUM’s Multiple Sclerosis (MS) Clinic, which he founded in 1975. He is one of the first MS specialists in Quebec and Canada. He is also a researcher in the CRCHUM’s Neuroscience Research Theme. Since 2010, he has co-directed MS Xchange, an academic network in Eastern Canada that provides continued training in MS issues for neurologists, health professionals and researchers. He was one of the main instigators of MSBase, an international clinical data network that now includes data on more than 55,000 MS patients.

Thanks to his exceptional energy and dynamic personality, it is now a research team consisting of more than 50 members: professors, clinicians, nurses, research assistants, coordinators, clinical fellows and graduate students, that he built and that works on MS at the CHUM. Dr. Duquette has contributed to more than 240 publications in peer-reviewed journals. Some of his articles have been cited more than 1,000 times. His clinical and epidemiological research work has helped improve MS patient care. In the 1980s, he was the first to study a cohort of 100 pediatric MS patients. He still collaborates closely on basic neuroimmunology research.

Throughout his career, Dr. Duquette has selflessly served on numerous university and hospital committees. He was the acting director of the Department of Neuroscience from October 2014 to April 2015. This department was able to benefit from his extensive experience in academic neurology during a critical phase of its development, before the arrival of its first director, Dr. Patrick Cossette.

We look forward to seeing you and are hoping for a great virtual turnout!