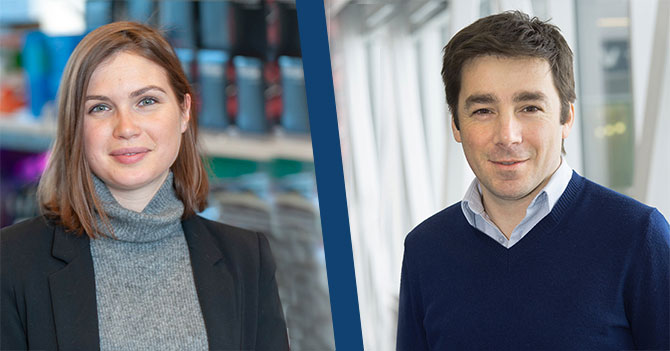 HIV hides in reservoirs during antiretroviral therapy (ART). These viral sanctuaries are the reason why ART is not a cure. And research teams have striven for years to determine how the HIV reservoirs are established and maintained during ART. Thanks to an unprecedented access to blood, and biopsies of rectums and lymph nodes of people at the earliest stages of HIV infection, an international team of researchers at the University of Montreal Hospital Research Centre (CRCHUM), the U.S. Military HIV Research Program and the Thai Red Cross AIDS Research Centre has shown that the first established reservoirs are still “sensitive” during these early stages and could be downsized about 100 times upon immediate ART initiation.

In this study published in Science Translational Medicine, the researchers provide insight into the events unfolding during the crucial stages of early HIV infection. Through the U.S. Military HIV Research Program’s acute infection cohort, RV254/SEARCH010, which started 10 years ago in collaboration with the Thai Red Cross AIDS Research Centre, they identified acutely infected individuals in the first two weeks of infection (Fiebig I-II stages) and placed them onto ART immediately.

“The initiation of ART at this very early stage leads to a drastic decrease in the size of viral reservoirs by clearing large pools of infected cells harboured in gut-associated lymphoid tissues and lymph nodes, which are known to be preferential sites for HIV persistence during ART,” said Dr. Nicolas Chomont, a CRCHUM researcher and a professor at Université de Montréal.

Louise Leyre, the study’s first author and a master student in Chomont’s lab at the time of the research, analyzed blood and tissues collected from individuals at the earliest stages of HIV infection to identify the locations in which HIV reservoirs are seeded and persist during ART. Previous studies in nonhuman primates had shown that the viral reservoirs can be found preferentially in lymphoid tissues.

“It was the first time researchers had access to blood, rectal and lymph node biopsies from the same people at this very early stage of infection,” said Dr. Chomont. “We owe these volunteers a lot.”

For this study, the researchers used samples from 170 acutely infected individuals in Thailand with a median age of 27, who initiated ART within a median time of 2 days after diagnosis. Ninety-six per cent (164) of the participants were male.

The researchers showed that participants starting ART at the earliest infection stages, known as Fiebig I to III, demonstrated a drastic decrease in the frequency of infected cells to nearly undetectable levels throughout the body. The rare infected cells that persisted were mostly found in their lymphoid tissues. Initiation of ART in infected individuals at later stages, i.e. Fiebig IV-V or chronic infection, induced only a slight reduction in the frequency of infected cells.

According to the World Health Organization, approximately 37.9 million people were living with HIV at the end of 2018. The majority of what is known about HIV comes from research done in high-income countries, where HIV subtype B predominates. However, subtype B only accounts for 12 per cent of global HIV infections. Nearly 50 per cent of all people living with HIV have subtype C. In this study, HIV subtype AE, prevalent in the Southeastern Asia region, was investigated.