Dr. Julie Bruneau, one of the coauthors of The Lancet Series on Drug Use 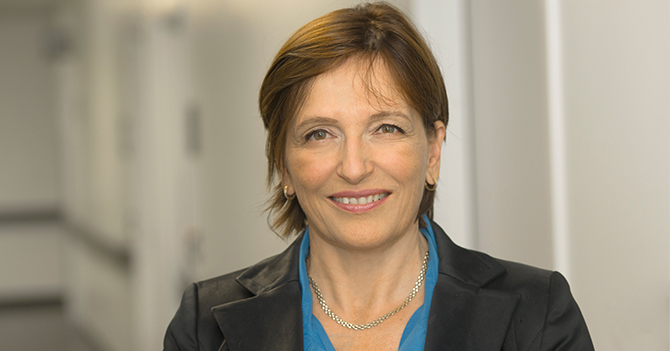 In a series released on October 23rd, the prestigious scientific journal The Lancet called for a new international approach to drug use with the help of international experts including Dr. Julie Bruneau.

In response to the growing challenges drug use poses to global health, the scientists appealed to world political leaders to establish policies and treatments based on scientific evidence rather than moral judgments.

According to the authors, these policies should adapt more quickly and respond more humanely and effectively to new drugs, their availability, and their constantly changing usage pattern. The scientists also called for more research funding in order to improve treatments.

The series of five articles, which deal with opioids, stimulants, cannabis, and new psychoactive drugs, will also be presented on October 24th at the Lisbon Addictions conference in Lisbon, Portugal.

Techniques for helping vulnerable people
In the article on opioids, Dr. Bruneau, a researcher at the CRCHUM and director of the Quebec-Atlantic Node of the Canadian Research Initiative in Substance Misuse (CRISM), and her colleagues, state that approximately 40.5 million people were dependent on opioids in 2017 and that 109,500 people died of an overdose. They believe that increasing the availability of opioid agonist treatment could help prevent approximately 8 to 26% of deaths between 2020 and 2040 compared to no treatment.

“In Canada, which has one of the highest rates of opioid prescription in the world, a coherent strategy has been gradually put into place over the last few years. There has been particular improvement with regard to regulations on access to treatments. But the stigmatization of people with addictions remains a significant obstacle to the accessibility of evidence-based services. We have the knowledge and the means to do even more to help these vulnerable people,” stated Dr. Julie Bruneau, whose essential contribution to this report was supported by CRISM.

This report from The Lancet comes at a time when the opioid crisis is continuing, the legalization of cannabis is growing, problems related to stimulants are increasing around the world, and the number of new psychoactive substances (NPS) identified is continuing to grow. It reviews global evidence regarding these four types of drugs, analyzing patterns of use, related harms, and interventions, and estimating the benefits of opioid agonist treatment and the increasing health impact of stimulant use.

In 2017, approximately 271 million people between the ages of 15 and 64 (5.5% of the population) had used drugs in the previous year. In the same period, between 35 and 72 million people had problems related to drug use globally.