Prevention of HCV: the dose of opioid agonist treatment matters, as does patient’s perception 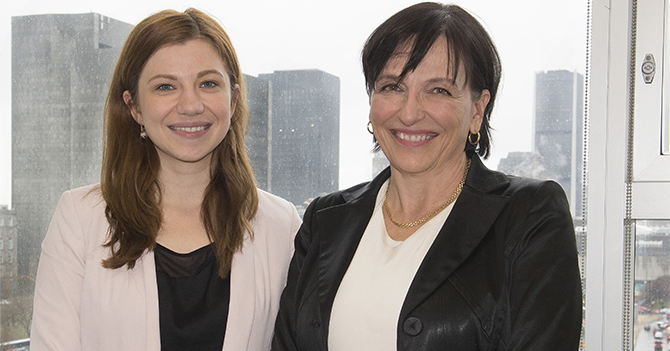 In Canada, some 250,000 people live with hepatitis C virus (HCV), an infection described as the most costly infectious disease in the country. The number of new infections is growing at an alarming rate, especially among people who inject drugs, a group which accounts for up to 85% of new infections.

Today, opioid agonist therapies (OATs), such as methadone and buprenorphine, are effective therapeutic approaches for reducing the use of illicit opioids, improving treatment adherence and reducing the risk of HCV infection. However, there is little understanding of what treatment modalities for OAT promote an optimal therapeutic effect for HCV prevention.

In a study published in the Canadian Medical Association Journal on April 29th, two researchers from the CHUM Research Centre, Dr. Julie Bruneau and PhD student Andreea Adelina Artenie, show that, for people who inject drugs and follow an OAT, the risk of being infected by HCV is reduced by more than half if their treatment dose is high and if they perceive that this treatment is inadequate (maximum preventive effect).

In contrast, for those who receive a low-dose medication and believe that their dose is inadequate, the risk of being infected is nearly two times higher than people who follow no treatment.

In their prospective study, the researchers followed, from 2004 to 2017, a cohort of 513 volunteers who injected drugs and who were at risk of being infected by HCV. Every three or six months, the research team tested whether the volunteers were infected. The team also asked them whether they were following an OAT (yes/no), what dose were they prescribed (low/high) and whether they found their treatment to be sufficient.

The scientists were able to categorize participants into five separate groups, including a control group that was not following an OAT, and observe that the risks of HCV infection varied considerably according to the OAT dose and the patient’s perception of their treatment.

While the World Health Organization has set the goal of eliminating hepatitis C by 2030, the results of this study suggest that greater access to OAT alone is not sufficient to attain this target. To benefit from a reduced risk of HCV infection, it is important for the patient to receive a sufficiently high dose, and it is equally crucial that the person’s perception of their treatment be taken into account.