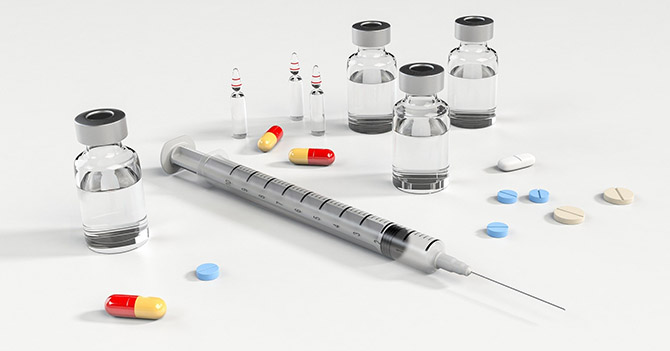 In Canada, 171,900 people injected drugs in 2016, up from 130,000 in 2011. In a study published in the American Journal of Public Health, researchers at the University of Montreal Hospital Research Centre (CRCHUM) estimated, using multiplier methods, the number of people who injected drugs in 11 of the 13 Canadian provinces (Nunavut and Northwest Territories not included) and reported a 30-per-cent increase in the period studied. The researchers also estimated how many people received medication for opioid use disorder and how many needle syringes were distributed.

Previous studies that estimated the number of people who inject drugs in Canada either reported for the whole country or for select cities only. This new study goes further and provides provincial and territorial estimates on the annual delivery of harm-reduction services for the prevention of HIV and the hepatitis C virus.

In its guidelines, the World Health Organisation suggests that at least 40 people should receive medication for opioid use disorder for every 100 people who inject drugs, and that each person who injects drugs should receive at least 200 sterile needle syringes per year.

“In 2016, we calculated that, for all of Canada, 66 people received medication for opioid use disorder for every 100 people who inject drugs, and that 291 needle syringes were distributed for each person who injects drugs. These data show that, overall, Canada is achieving targets set out by the World Health Organisation for harm-reduction delivery, but that success varies across the country,” said first author Dr. Brendan Jacka, who at the time of the study was a postdoctoral research fellow in Dr. Julie Bruneau’s lab at the CRCHUM.

Wide differences between provinces and territories

There was wide variation in service coverage across the country. The highest coverage of medication for opioid use disorder was found in Alberta and Prince Edward Island, where more than 150 people received it for every 100 people who injected drugs, while Manitoba provided the lowest, with 40 for every 100. Likewise, Alberta and Saskatchewan provided over 700 needle syringes per person who injected drugs in 2016, whereas Quebec, Yukon and Newfoundland and Labrador provided fewer than 200.

“In addition to greater investment in providing opioid agonist therapy and needle-syringe programs, we urgently require increased capacity and funding to measure and monitor injection drug use, harm-reduction coverage and treatment options for cocaine and methamphetamine-use disorder,” said Dr. Jacka.

According to Dr. Bruneau, a researcher at the CRCHUM, “the study demonstrates the importance of harmonizing and implementing a set of indicators to prospectively follow progress. Indicators should be developed to document coverage, service access and delivery for populations most in need at the local, provincial and territorial, and national levels.” She added that the study will also help measure stigma and barriers to care, in order to inform policies.

According to the researchers, a better understanding of the number of individuals possibly at risk was long needed to help provinces and territories more appropriately respond to epidemics of opioid overdose, methamphetamine and cocaine injection, and blood-borne virus transmission occurring across Canada.

This research was funded by the Canadian Network on Hepatitis C and the Canadian Research Initiative in Substance Misuse—Quebec-Atlantic node.

Further reading: “Prevalence of Injecting Drug Use and Coverage of Interventions to Prevent HIV and Hepatitis C Virus Infection Among People Who Inject Drugs in Canada” by Brendan Jacka et al. in the American Journal of Public Health. DOI:10.2105/AJPH.2019.305379