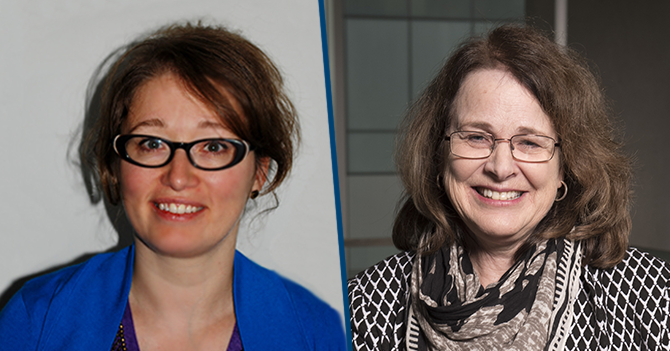 A Montreal-based longitudinal study finds few changes in alcohol, cannabis and nicotine use among 24- to 33-year-olds from before the pandemic to now.

Long lines in front of liquor and pot outlets, telecommuting workers worrying about their mental health, young parents trying to cope with home schooling—for two years now, the news has been full of people struggling with the COVID-19 pandemic.

But have social isolation, financial difficulties and psychological distress really resulted in an increase in the use of psychoactive substances such as alcohol, cannabis, cigarettes and e-cigarettes, as news reports suggest?

In general, no, except among the less educated and socially isolated, according to a Canadian-led study published in The Lancet Regional Health—Americas.

In it, Marie-Pierre Sylvestre and Jennifer O’Loughlin, researchers at the CHUM Research Centre affiliated with Université de Montréal (UdeM), look at differences in the frequency of use of psychoactive substances by young adults, a group most prone to anxiety and psychological distress.

Until now, no study had collected such data, let alone in the Canadian population.

“In general, weekly and daily substance use was fairly stable in our sample of young Canadian adults,” said Sylvestre, the study’s first author and a professor in UdeM’s Department of Social and Preventive Medicine. “Far from the alarmist rhetoric in some media, our results do not show that alcohol, nicotine or cannabis use increased dramatically during the pandemic.”

Sylvestre based her research on the NDIT (The Nicotine Dependence in Teens) cohort set up between 1999 and 2000 by O’Loughlin, holder of the Canada Research Chair in Early Determinants of Chronic Disease from 2004 to 2021.

In total, they looked at 1,294 young Canadians who were recruited in 1999 and 2000 at ages 12 or 13 from 10 Montreal-area high schools. Pre-pandemic data on their use of cannabis, alcohol, cigarettes and e-cigarettes, as well as binge drinking, were collected when the participants were ages 20, 24 and 30. During the pandemic, data were collected from December 2020 to June 2021, when they were 33 years old.

“In our study, we were able to observe that people with lower levels of education—Secondary 5—as well as adults living alone, were more likely to start or increase their use of psychoactive substances during COVID-19,” Sylvestre said. “We can reasonably assume that these more vulnerable groups may need more targeted attention and interventions to address the effects of the pandemic.”

She and O’Loughlin are urging their scientific colleagues to expand the follow-up of their current cohorts to collect data representative of a broader range of age groups and vulnerable subgroups. Among other things, this would allow them to determine whether changes in substance use during the COVID-19 pandemic translate into changes in health-service use and mortality, they said.

“A longitudinal study of change in substance use from before to during the COVID-19 pandemic in young adults” by Marie-Pierre Sylvestre et al., was published Jan. 6, 2022, in The Lancet Regional Health—Americas. Funding was provided by the Canadian Cancer Society and the Canadian Institutes of Health Research.

This study is the first in a series of three funded by the Canadian Institutes of Health Research. The next two will be published shortly and will address the themes of mental health and physical activity.