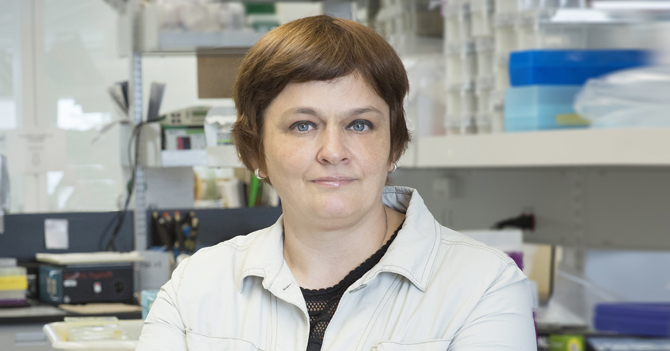 A Montreal-based research team shows how the molecule RORC2 allows the virus to persist in the immune cells, thereby making it possible to control.

Scientists in Montreal and London have identified the key role played by transcription factor RORC2 in HIV infection: the molecule attaches itself to parts of the virus’s genome yet doesn’t prevent it from replicating.

During infection, HIV hides in immune cells, called CD4+ T cells, which shelter it and allow it to continue to multiply.

Among the CD4+ T cells, Th17 cells, responsible for defending and protecting the integrity of mucous membranes, are particularly permissive in allowing the virus to replicate, actually participating in its persistence.

Until now, there was no explanation for this phenomenon. 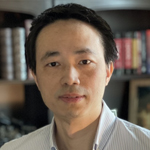 “Our results show that RORC2, the molecule that regulates the immune function of Th17 cells, promotes the expression of the virus within these cells by binding to a specific region of the viral genome,” explained Ancuta, a medical professor at UdeM.

“In the laboratory, we succeeded in inhibiting its action using small pharmacological molecules, she said. ‘We were thus able to prevent replication of the virus in the CD4+ T cells of healthy participants. In the same type of cells, this time from participants with HIV receiving antiretroviral therapy, we managed to limit viral expansion.”

This proof of concept, totally new in this research area, implies that the virus could even use RORC2 to ensure its survival in people with HIV.

Doctoral student Tomas Raul Wiche Salinas, a member of Ancuta’s team, and postdoctoral researcher Yuwei Zhang, who trained in Ancuta’s laboratory, are the two co-first authors of the study. The CRCHUM research team also worked closely with that of Dr. Jean-Pierre Routy of the McGill University Health Centre. 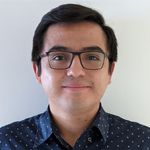 The first victims of HIV

In previous work, Ancuta’s team showed that Th17 cells represent one of the first targets of HIV infection. In the immune system’s battle, these cells are among the first victims of HIV. Their loss creates a breach in the integrity of the intestinal mucosal barrier and leads to systemic inflammation.

As for the surviving Th17 cells, they contribute to HIV reservoir persistence by allowing the virus to replicate. This is what is known as residual viral transcription—chronic inflammation

leading to complications which are not directly related to AIDS—in antiviral-treated patients. Cardiovascular disease is an example of the possible complications.

“Our goal is to limit residual viral transcription in Th17 cells,” said Ancuta. “At this time, our priority is to test the antiviral effects of RORC2 inhibitors in a preclinical model.”

To that end, the researcher’s team recently received a grant from the Canadian Institutes of Health Research totalling nearly $900,000 over four years. Ancuta, Fassati and Routy will be joined in their work by Éric Cohen of the Montreal Clinical Research Institute and by Elie Haddad of the CHU Ste-Justine children’s hospital, affiliated with UdeM.